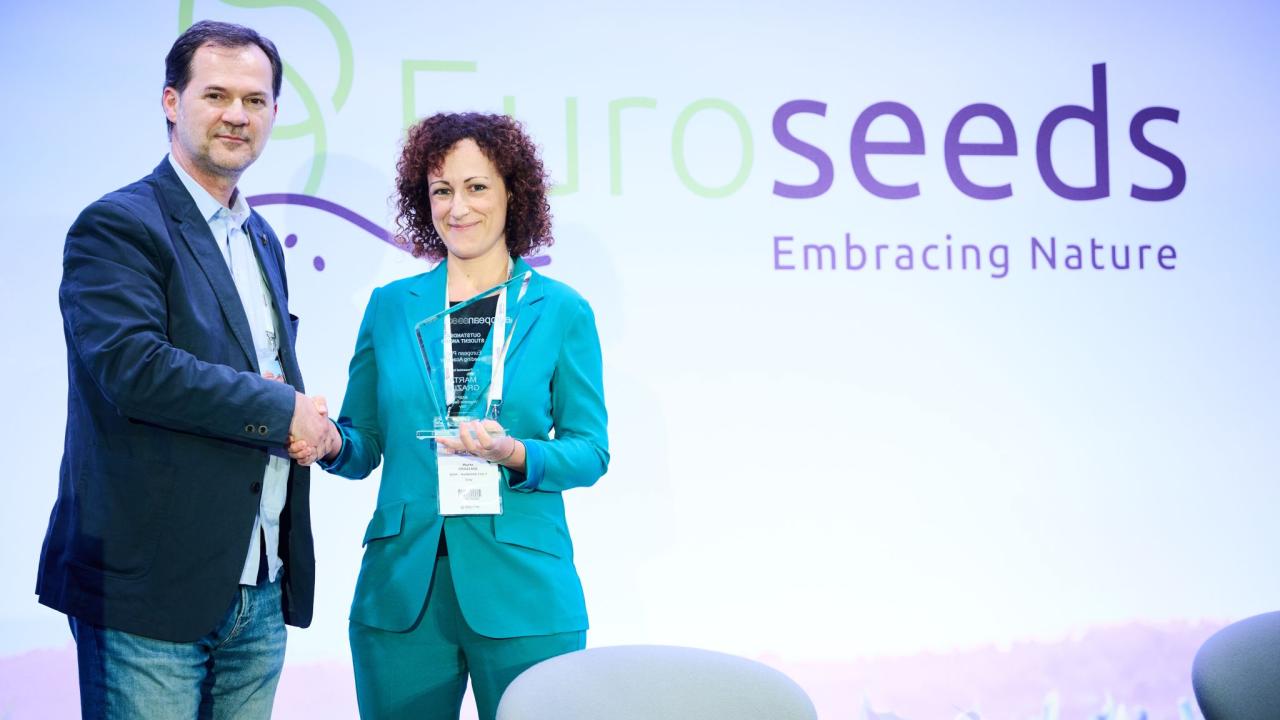 The Outstanding Student Award of UC Davis European Plant Breeding Academy handed over to Marta Graziani at the 2022 Euroseeds Congress in Berlin, Germany.

Marta Graziani is the recipient of the Euroseeds Outstanding Student Award for 2022, presented during the General Assembly in Berlin (October 2022). The award handed out in partnership with the University of California, Davis, and European Seed Magazine (Seed World), marks Marta’s outstanding performance in the recently concluded European plant breeding academy course Class VI. Euroseeds for long has been supporting the setting up and running of the EPBA European Plant Breeding Academy, a program dedicated to the further training of young plant breeders and run by the University of California at Davis which has also become an Associate Member of ESA.

Jovan Djordjevic, Director of UC Davis Plant Breeding Academy, commented: “Euroseeds has always been supportive of professional education and continuous development of skills as a necessity for sustained innovation since Academy Inception in 2006. We are proud to contribute to the training of current and future plant breeders.”

The new Class VII of the UC Davis European Plant Breeding Academy began last month and returns to its usual in-person format, taking students to the Netherlands, France, Germany, Belgium, Spain, and California over the next two years.

Leadership Program for Plant Breeders and Scientists - Course Wrap Up

UAL publishes a study on genetic improvements of moringa